I’m going to skip the part about not posting anything for 3 months and roll right into this Table Topic Tuesday.

Because this make-believe movie is about my life, my mom will be played by Disney characters. First things first. Meet my Momma.

Mom’s always been our family’s Tinkerbell because she’s a blonde bombshell, of course, leaving sparkles in her wake. But she’s also one moody little pixie.

She showed me–when you find magic in the everyday moments–real love will always out-forever any fairytale.

And this woman has inhuman, supersonic freak ears. Never mind that she could hear a whisper through a closed closet door, through a closed upstairs bedroom door, from the basement. My mom could hear the half-baked thought nuggets that prowled around my head.

From french braids, side braids, fishtails and 100-bobby-pin buns, Mom was a hair musician. 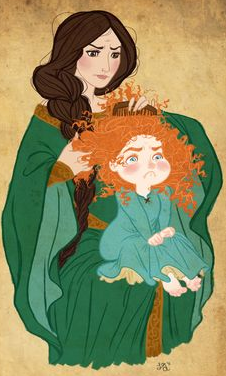 Unlike Queen Elinor, though, Mom didn’t exhaust a list every day nagging me into a little lady. Instead of rattling off dainty blueprints, laying down the rules, she lived them herself.

And music was a mandate. We knew her mood by the tunes that woke us up for Saturday morning chores. Our house had a melodic rhythm with kitchen concerts, unrehearsed dance parties and a style-your-own beat. 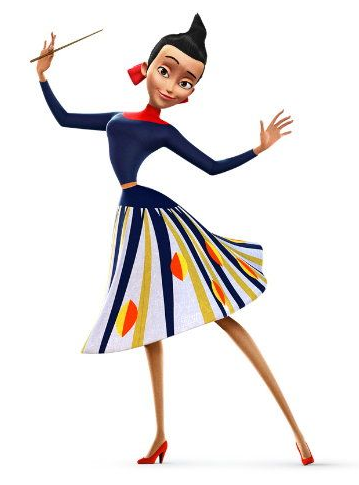 Mom is as hip and enthused as Winifred Banks.

But she was always present, always available, always leaning in. Messy imaginations were encouraged, so long as our rooms were spit spot.

Best thing about Momma? Every time I feel like this:

She makes me feel: 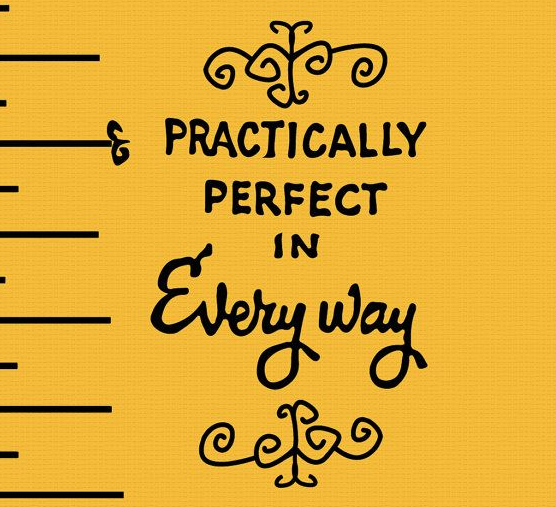 That is a gift.

Ready to hear from the Table Topic Panel?

The lady who would play my mom in movie would have big shoes to fill. She’d have to be really fun–the kind that organizes birthday scavenger hunts in the mall. She’d have to be a really good pretend-cook who always manages to pull something out of nothing. She would have to dry tears–a lot–and make up songs on the spot. She’d have to magically sneak coins under my pillow when my teeth fell out and believe in Santa as much as I did. The best mom to play my mom would be a funny gal that doesn’t even know she’s a freaking riot. My movie mom would be the super-powered Mrs. Incredible, the frazzled and warm and loving Mrs. McCallister, and Ms. Kathleen Kelly, the big dreamer with a little bookstore. But no one is quite like my mom. Like I said, big shoes. 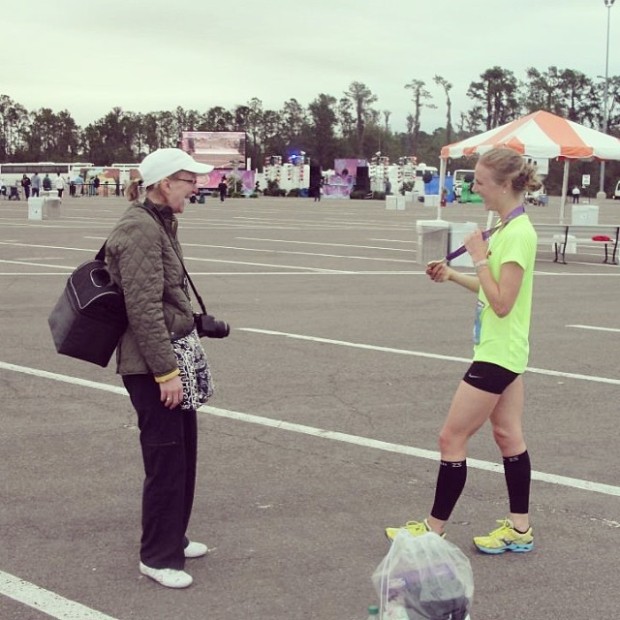 In the movie of my life, my mother would be played by Oprah Winfrey, because my mother is Oprah Winfrey. My mom is Oprah “I Will End You” Winfrey. Oprah, “I don’t have a studio audience, I have an army of zealots” Winfrey. Oprah “I have the power to designate the fate of your world leaders” Winfrey. Oprah, aka my mother, don’t play. I love my mother dearly, but she could wipe me off the planet faster than she loses and gains and loses weight again. Would you mess with Oprah? Hell, no you wouldn’t. Oprah feels no pain. She knows know fear. My mother has looked into the endless, dark, maddening abyss – the eyes of Tom Cruse – seen the end of days and laughed in the face of the horrible nothing that stared back at her. My mother don’t need no man. She crushes men with her book clubs. Giant clubs made from only the heaviest of books. Books with the weight of a dead star. Book clubs that she wields like an extension of her own thunderous hands. But, my mother did indeed take a man. A man amongst men. The tallest, most powerful man in all the land. A man with a name so masculine and bursting with testosterone, that he only needs to go by ONE name. A name that is so wrought with raw vigor, his name actually contains the word “MAN” in it.  Stedman. Did she marry him, you ask? HA! I scoff at the idea of my mother even entertaining the thought of marriage. Oprah-mom will not be referred to as an equal to even the strongest mortal. Instead she and Stedman engaged in the seldom written about and never visually documented ceremony knows as a “Spiritual Union”  – an ancient war dance in which one warrior consumes the spiritual life force of the other so that they may live two lifetimes. Stedman never had a chance. However, my mother, Oprah, can be soft and sweet. She has, many times, referred to me as “one of her favorite things”. While she’s often tried to give me away to audience members as a result, in the end I always found my way home. To be called one of Oprah’s favorite things is to dance in the warm light of the lord, or be held in the bosom of Big Bird. It’s like both at once. Held tightly in a comforting, warm, lordy-light giving, feathery, muppet bosom. Yes, my mother is quite the woman. A woman who smells like pancakes and who’s laughter once deflected a giant asteroid from hitting the earth. A woman who’s true age is undocumented but many guess she is over 5,000 years old. My mother. Who’s name means “dragon baby” in the tongue of the ancients. Who once made me the most delicious pb&j by giving a firm look to a stone which turned into a diamond which turned into a sandwich. Who once forgot her wallet at the grocery store, and instead paid her bill by giving everyone a car. A woman who got me a bounce house for my birthday that was a modest three bed, two and a half bath bounce home. The best, scariest, most loving, monster of a mom. Oprah “I am the force of a thousand suns” Winfrey. Love you ma.

Your turn. In the movie of your life, who plays Mom?