To celebrate the last Tuesday of the year, I have a fun Table Topic question.

WHAT SONG SAYS IT ALL ABOUT YOUR LIFE CURRENTLY?

My life or my current mood?

There are a few songs that always say it all to me, if not about me.

NeedToBreathe’s Slumber: Wake on up from your slumber and open up your eyes. Hello.

Pearl Jam’s “Just Breathe”:  Oh, I’m a lucky man to count on both hands the ones I love.
Some folks just have one, yeah, others, they’ve got none.

Stay with me…
Let’s just breathe…

For nourishment: “Come Thou Fount Of Every Blessing” (written by Robert Robinson). I love, love, love this old hymn and new renditions stir me up every single time. Have you heard Mumford’s version?

Prone to wander, Lord I feel it. Prone to leave the God I love.

Here’s my heart, Lord. Take and seal it. Seal it for thy courts above.

But, because it’s the very last day of a very challenging year, I’ll pick this one: “It’s Time” by the Imagine Dragons (Plus, I heard The Railers cover it live last night and my ear drums are still tingly. Check them out. I have a feeling they’re gonna make it big).

So this is what you meant
When you said that you were spent.

It’s time to begin, isn’t it?
I get a little bit bigger, but then I’ll admit.
I’m just the same as I was.
Now don’t you understand
That I’m never changing who I am.

Two of my pals weighed in, too. Here are their tunes.

When I graduated high school, our teachers asked all of us seniors to pick a quote to accompany our yearbook photos — a quote that summed up our favorite moments or ones that brought us to that point. “I could no sooner choose a favorite star in the heavens.” It was almost impossible for me. I thought and thought and thought for weeks. I ended up choosing a couple lines from one of my favorite John Mayer songs. Sappy. Lofty. Vague. I was 17. Now at 24, my life is a bit different, but John has remained one of my favorites. He’s a really smart dude {despite what Javi thinks} and I dig him. He sings a song called “Badge and Gun,” and I listen to it on repeat. It gets under my skin a little bit. It finds its way to my soul as so many of his other tracks have. It reminds me of all the great times behind me and the ones I can’t wait to meet in the future.

If there was just one song that could describe my life right now, my life would be easy.
My just strained my mind grapes trying to narrow it down to one. So, I’ll break it down in a few different ways. My favorite song of 2013: “Favorite Song” – Chance the Rapper ft. Childish Gambino
This one made my life easier. So much easier. When I was trying to figure out my favorite song of the year I looked at my iTunes number of plays function and, sure enough, “Favorite Song” topped the list. This makes “Favorite Song” my favorite song and I love how life works out.
Easiest song to relate to: “It Never Snows In Florida” – New Found Glory
I used to be super into New Found Glory. I also used to be super into snow and Christmas and all the stuff. My first Christmas in Florida has thrown a wrench into my Christmas Spirit. Not only does it now snow, it was like 80 today. 80 degrees. Maybe when I get to Oklahoma, where today is was 11 degrees (69 degrees left
if I can still do 2nd grade Math), it’ll all come back to me. But, right now, I have no faith in snow or my Christmas Spirit returning. At least not like it was. At least I know that Santa Claus is real and delivers in any climate. The song that’s really my favorite song even though I said “Favorite Song” was
my favorite song because it’s a cool story and was #1 on my iTunes for the year:
“Step” – Vampire Weekend

I love this song. I could listen to this song every day. I love this song.
The song that could actually describe my life right now: “V. 3005” – Childish Gamibno
Donald Glover aka Childish Gambino has been the artist I’ve most identified with over the past few years. Everything I’ve ever done (screenwriting, stand-up, hip-hop) before advertising, he’s excelled at. He’s also open, honest and lets his emotions spill into the pen. “V. 3005” is about his insecurities. His battle with success and fear of success. It’s his acknowledgment that he’ll never be alone, even if he’s alone. I don’t know, it’s just deep. Really deep. It makes me feel all of the feels and I need that in my life. Because I feel all of the feels all of the time and there’s no cure. And I love it.

Your turn. What song says it all about you today? 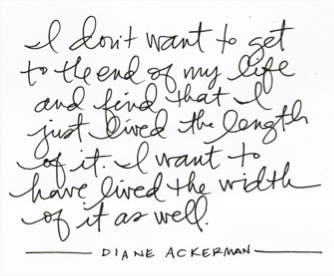 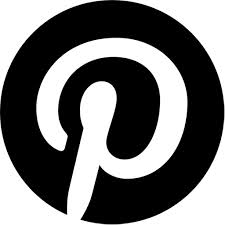